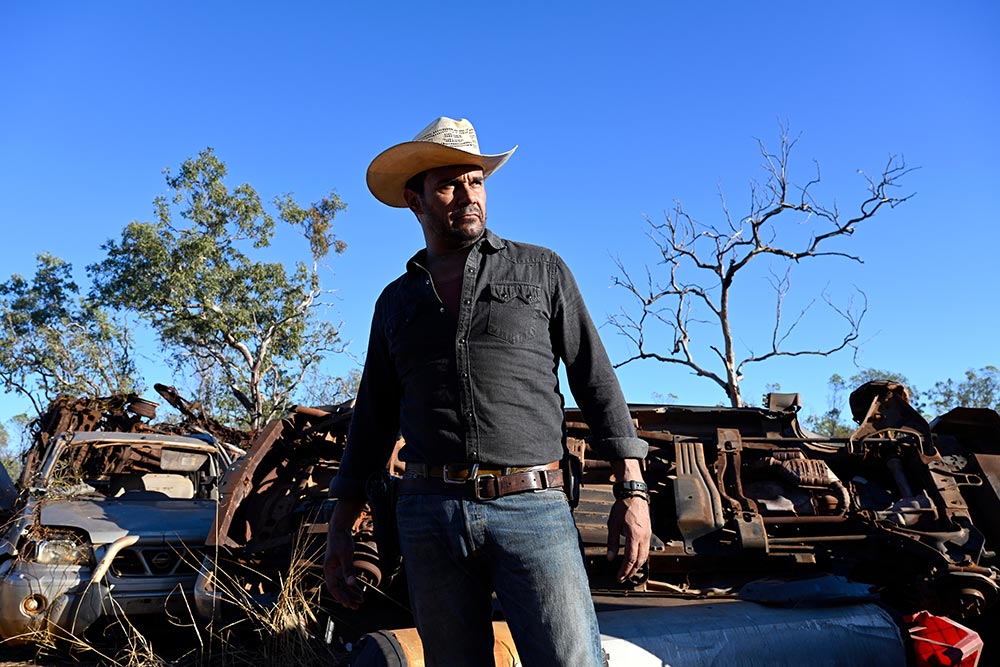 Today, G’DAY USA and the American Australian Association (AAA) celebrated Australians in cultural and creative sectors in the US with a virtual gala.

Celebrated actor Aaron Pedersen was honoured with the Excellence in Television Award, which was presented to him by Australian cinema icon Jack Thompson and his Mystery Road co-star Tasma Walton.

As the first Indigenous recipient of the award Aaron said, “I know I won’t be the last because there will be many many more”.

“What Aaron was able to do every time he played a new character was to break through those limitations, break through those stereotypes and bring into the story a fully formed unique, strong and empowered Indigenous man to our screens,” – Tasma Walton