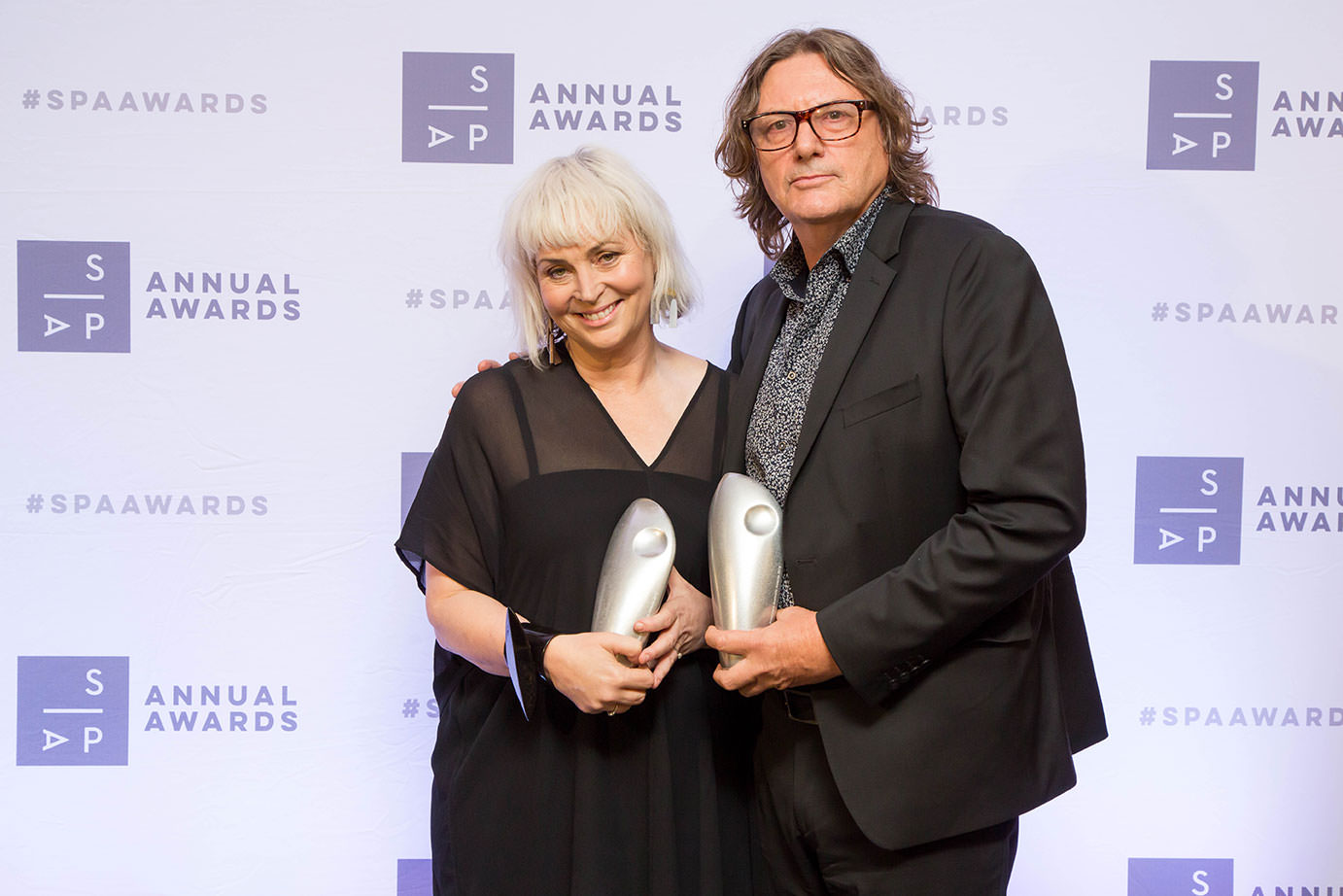 Screen Forever 2018 awards – remembering to have some fun

“Telemovie or Miniseries is a roll call of productions that dominated our awareness across the year as Mystery Road: the series grabbed the ABC audience by the throat and Picnic at Hanging Rock, Romper Stomper, Safe Harbour and Sunshine strained for excellence. Mystery Road claimed the high ground, produced by Greer Simpkin and David Jowsey.”

“Feature Film of the Year looks a bit like a rehearsal for the AFI/AACTAs. Breath, Berlin Syndrome, Brother’s Nest, Gringo, Ladies in Black, Sweet Country, The Second and Upgrade… for a moment we calculated the odds between haughty couture and Australia’s wonderful Indigenous horse movie. Of course, Sweet Country and the Simpkin/Jowsey duo came through.”

“The Breakthrough Business of the Year is Bunya Productions, aka Simpkin and Jowsey, who also won two awards for Mystery Road: the Series and Sweet Country. Previous winners include Epic Films, Factor 30 Films and Brindle Films.

Bunya Productions is a bit strange in that company. It has already made Satellite Boy, Toomelah, the Mystery Road feature, Goldstone and Jasper Jones. The missing person on the podium is Ivan Sen, whose imagination is central according to Jowsey, who also confessed they began with 2009 SF film Dreamland, which was ultimately made by Sen all by himself with an actor in the Nevada Desert, in black and white and basically no dialogue. Sen kept recutting it so it can claim to have never been completed. Or returned a load of lolly.

The point, as SPA CEO Matthew Deaner pointed out later, is that breakthrough does not mean emerging. Warwick Thornton’s Sweet Country went to the Venice Festival where it won the Special Jury Award. At the Toronto Fest it took the Platform Prize before it scooped Best Feature at the Asia Pacific Screen Awards. It commands substantial critical respect.

The Mystery Road series blitzed the local audience, was shown at the Series Mania conference in France amongst the world’s best, is represented internationally by All3Media and is shown on US screening service Acorn which specialises in English language material from beyond the US. The company has gone far beyond its origins in tough bush projects about the flashpoints between Indigenous and White Australia to command global respect with all the financing possibilities that implies.”