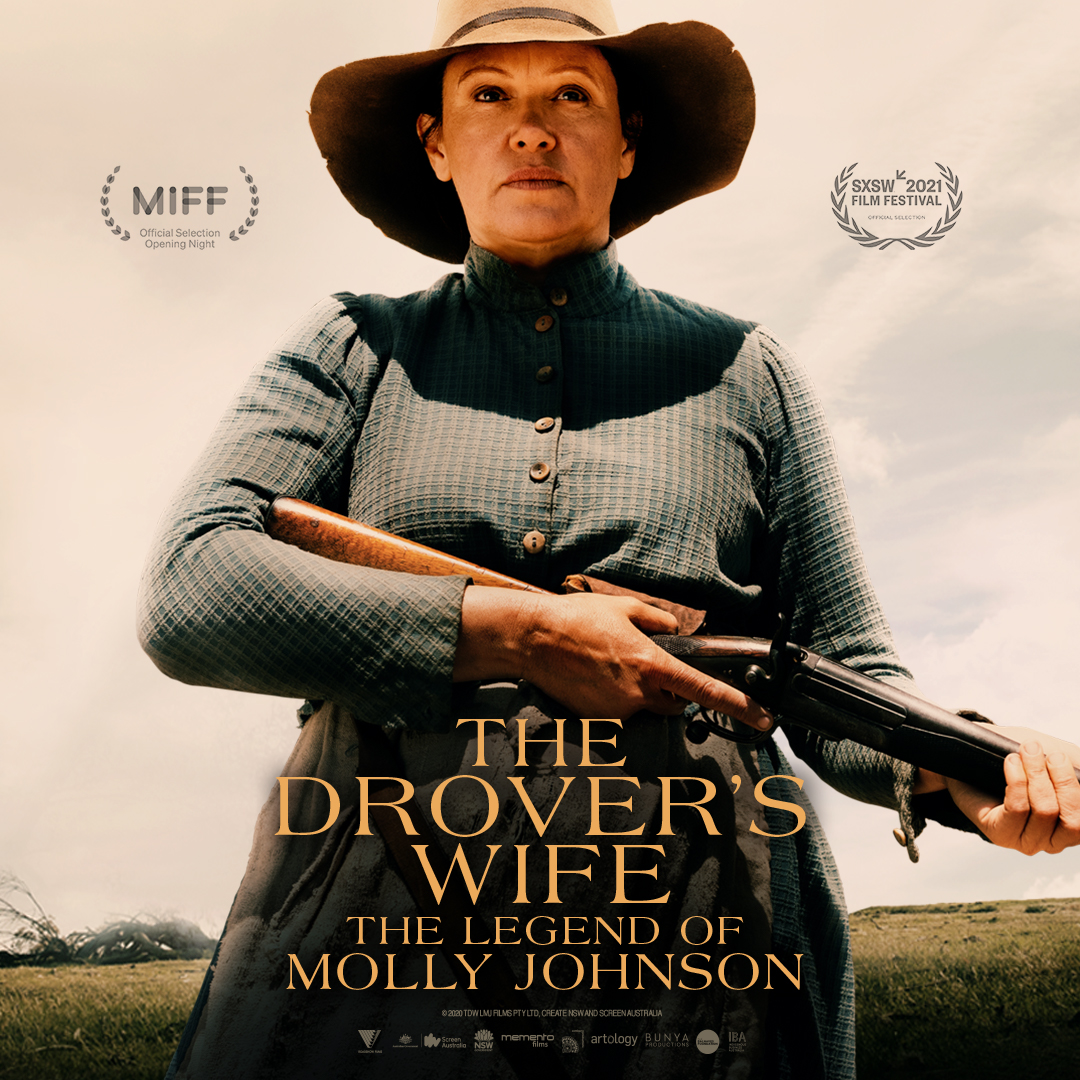 Bunya Productions and Oombarra Productions are thrilled to announce that The Drover’s Wife The Legend of Molly Johnson, the searing new Australian western thriller from visionary writer, director and actor Leah Purcell, is the Opening Night Gala film of the Melbourne International Film Festival 2021.
The announcement coincides with the launch of the trailer premiering on Channe; Ten’s The Project.
Henry Lawson’s short story re-imagined, The Drover’s Wife The Legend of Molly Johnson tells the story of a woman and her stubborn determination to protect her family from the harshness of a life in 1893, Snowy Mountains.
Filmed on location in Australia’s dramatic high country, the film is the feature adaptation of Leah Purcell’s hugely successful stage play. Leah wrote, directed and stars in the film alongside Rob Collins, Sam Reid, Jessica de Gouw, Malachi Dower-Roberts, Tony Cogin, and Harry Greenwood.

“Leah Purcell’s monumental feature The Drover’s Wife The Legend of Molly Johnson will not just open MIFF this year – it will kick the doors in,” said MIFF artistic director Al Cossar.

“This is a film made for MIFF’s return to cinema – an outback western of grand vision; a resonant, revisionist force of filmmaking that has much to say about our country then, and who we are now. The film will lead a slate of extraordinary Australian storytellers – emerging, established, revered – who give momentum and meaning to the core of MIFF this year.”