Bunya Media Group is thrilled to announce the appointment of Penny Smallacombe as Producer.

Most recently Head of the First Nations Department at Screen Australia, Penny managed the department for 6 years overseeing a large slate of successful film and television including Total Control, Spear, She Who Must Be Loved, Sweet Country, We Don’t Need a Map, Grace Beside Me and Little J and Big Cuz. She also created numerous special initiatives which have provided development opportunities for some of Australia’s newest rising writing, directing and producing talents. 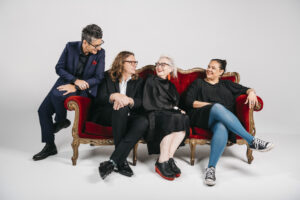 Penny will produce a number of major upcoming productions including Copping It Black, with key creatives Erica Glynn, Steven McGregor and Danielle MacLean which commences production in the Northern Territory in June 2021.

David Jowsey said “We are delighted that Penny Smallacombe will be joining us at Bunya Productions as Producer, firstly working with Greer and me on the SBS series Copping It Black. Penny is a terrific creative, with a great eye for story. We will relish working alongside her on our television and feature projects. We are also very excited about the incredibly strong television drama and comedy slate that Sophia Zachariou, along with the team, has developed, with Amazon Prime Originals sketch comedy series The Moth Effect being the first cab off the rank. Sophia’s strength in the comedy and entertainment areas, in particular, has helped enormously in developing a broader range of stories and we are thrilled to be able to launch Bunya Entertainment with such a strong slate.”

Penny Smallacombe told IF Magazine she is excited to use her new role to continue to bring authentic First Nations stories to screen, particularly from exciting new talent.

Penny said: “It’s a great privilege to leave my beloved role at Screen Australia, and join the extremely successful team at Bunya Productions. Working alongside David, Greer and the rest of the super experienced team, will be a bit of a dream fulfilled. I also can’t wait to hit the ground running on the Bunya slate of productions, kicking off with Copping It Black, set in the NT, which will be a beautiful return home for me.” 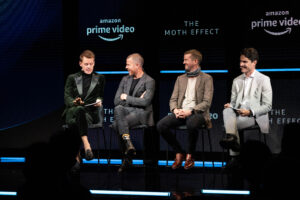 Bunya Entertainment is helmed by Sophia Zachariou as CEO alongside David Jowsey and Greer Simpkin. Over the last 2 years Bunya Entertainment has developed a large slate of entertainment, comedy and drama television including adaptations of Ladies in Black (with Greg Waters, Sarah Bassiuoni, Joan Sauers, Sue Milliken and Allanah Zitserman), City of Gold (in partnership with Meyne Wyatt), Things Without A Name (with Shelley Birse, Suzie Miller and Joanne Fedler) and Ghosthunter (with Ben Lawrence, Rebecca Bennett and Beatrix Christian). Bunya Entertainment has television series in development with Netflix, Foxtel, Amazon, ABC and Network 10 as well as a partnership with Sydney Theatre Company and a podcast with the multiple Emmy® Award-winning artist, Lynette Wallworth.

A number of Bunya Entertainment shows will be going into production in late 2021 and 2022.

Bunya Productions will continue to be run by co-Managing Directors David Jowsey and Greer Simpkin.  Bunya Productions has a large slate of feature films, as well as existing television shows such as Copping It Black on its slate.

Bunya Productions produced the award-winning series Mystery Road and features High Ground which released in January 2021 and Leah Purcell’s The Drovers Wife The Legend of Molly Johnson in partnership with Oombarra Productions, which will release in cinemas in October 2021.